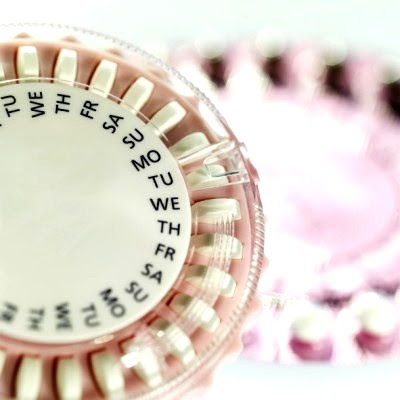 So a year or so ago, I received a letter from my doctor, my OB/GYN to be more specific. In this letter (which was sent out to all his patients) he informed us that he would no longer be prescribing birth control. The letter then goes on to state that he would strictly be using Natural Family Planning (NFP), specifically the Creighton Model. He also states that his two brothers, who are in the practice with him, would continue to prescribe BC. I initially had mixed feelings about his announcement, but it was not going to affect me for some time, since I am currently trying to conceive (TTC). However, I had several friends who saw the same doctor as me who were pissed and left the practice for new doctors. Which, I could understand, as they need their current form of birth control.

As a Catholic, I know that the church frowns upon birth control and believes that everyone should be using NFP. This has been something I have always disagreed with. Since every woman’s cycle is different and not always regular, NFP does not always seem to work. While children are a gift from God, they are an expensive gift. I think it is a person’s responsibility to only have children they want and can afford. I have always been a firm believe that it is a woman’s decision to choose when and how many children she has. Thus, I consider their policy on birth control to be silly. (NOTE** I do not consider Abortion to be an acceptable for of Birth Control).

At the time that I received the letter I googled the Creighton Model, read a page or two and moved on about my business. It wasn’t till my mother told me there was an article about my doctor in the St. Louis Review (a catholic newspaper) that I thought about it again. After reading the two page article on my doctor’s decision I decided to do a read more about the Creighton Model. I won’t bore you with the details but it was rather enlightening for me. As those close to my family know, we have been TTC for 8 months now. The Creighton model does not only teach you how to not get pregnant, it educates you on how. I think everyone should read about NFP, because it is important for a woman regardless of how sexually active she is, or what Birth Control method she uses to understand her body and how it works. As women who are responsible for our bodies and well being it is important to understand your fertility before making decisions.

I found the article rather interesting and learned some fascinating stuff about that man who knows my body as well as my husband!! He has prescribed the pill since the beginning, because that is all they were taught back in the 80’s, but he has never done a sterilization procedure. I recently put the link to the article about my doctor on facebook and got some interesting feedback. Some people thought it was amazing and some thought it was taking away a woman’s right. My doctor made this decision based on his personal belief. I don’t believe it was done to keep women down, I actually think it empowers women. It gives us a freedom from relying on man-made contraceptives and pills, if we choose to go that route. He also is giving options to women who have the same belief system as him. While he will inevitably loose patients, he will also gain new ones. What I found to be amazing is that he chose his personal beliefs and God over money. Something most people would not choose do.

The fact that my doctor stood up for his own personal beliefs and that he is the most amazing and fun doctor I could have asked for, will keep me going back to him. I am a few years away from worrying about what Birth Control method I’ll use, but it is nice to know that I have options as a catholic woman.

Here is the link to the article about my doctor: