I attended St. Louis Cathedral School for all of my grade school years. One thing I really remember from Cathedral is Martin Luther King, Jr. Day. I do not recall if we were off school in observance of this holiday. However, I do recall having a school assembly every year in honor of Dr. King. I remember listening to guest speakers, singing songs and learning a lot of history about the civil rights movement. I even remember learning Dr. King’s famous “I Have a Dream” speech. At the age of like 9 or 10 I could recite his speech without thinking about it. It makes me wonder if they still teach it in school. Dr. King had several speeches many as powerful and moving as the “I Have a Dream” speech.

Dr. King was an amazing speaker! Probably one of the best in history. He was articulate, passionate and inspiring. Not only did Dr. King inspire me to be a better person, but he inspired me to write. I wanted to write speeches like his. I wanted to move people, the way he did. I wanted to still inspire people years after my death, the way he does. Ah, the dreams of a child! I know that I will probably never write something as moving as Dr. King, as I have never felt the passion and drive for a cause as he did. I have never lived through the things that he endured, and thanks to him people will continue to live better lives than the people of his generation did.

While watching all the people observe Dr. King’s birthday this year, I have to wonder if he would be ashamed of society today. The murder rate is at a high, people are killing their neighbors, families are killing their own, and people are killing each other for what seems like pocket change. As a supporter of non-violence I believe that Dr. King would be ashamed of the way people are acting today. I think people should look back at his peaceful, non-violent approach and then take a look at their own actions.

I believe that education begins at home. As a mother it is my job to teach my daughter wrong from right. It is my job to explain to her that people come in all cultures and races. It is then my responsibility to teach her that while all people may be different they are all equal; just as my mother had taught me. I want my daughter to know that love is blind in respect to color. I will use her grandmother as a great example.

When people told my mother she was a sinner, or disowned her for falling in love with a man of different skin color, she told them to all to go to hell. She made a life with my dad, proving them wrong when they said it would never last. Did they eventually split up? Yes, after 16 years together. And they split because they could not live together, not because they did not love each other. They suffered harassment from family, friends and even the police but it only strengthened their union. I remember one particular instance as a child when my dad and I were walking home from school and the police stopped us. I had my pig tails and was wearing a catholic school uniform holding my dad’s hand and smiling from ear to ear. The police asked me if “I was supposed to be with this man”, and when I said yes, he asked “If he told me to say that”. I said no, but we were still put in the back of the police car and taken to my mom’s work so that she could verify our identity. She would do so, and then usually had a few choice words for the police after doing so. This happened more than once. I grew up hating people who judge people by skin color and still do.


"Our lives begin to end the day we become silent about things that matter".~Dr. Martin Luther King Jr. 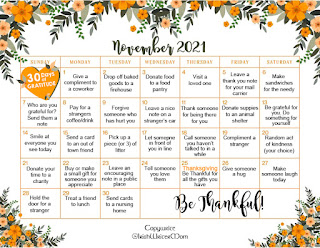